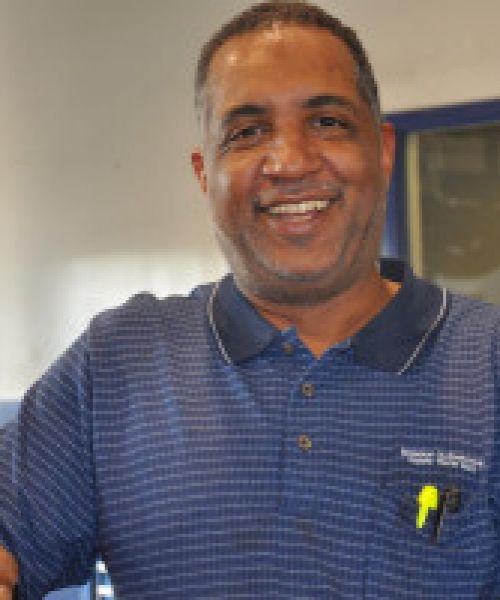 Martin joined Braxton Automotive in October of 2011. He was so excited to join us that he started work on his birthday! Martin comes from a large family of 5 sisters and 4 brothers. Considering there are 13 of us here, sharing tools, knowledge, and space; I would say Martin is trying to relive his childhood.

Martin started his career as a musician at the age of 12. He was in a garage band playing at school functions. The band dismembered when one of the moms found out that they got a gig to play at a bar. He then started working at his father's pool hall at the age of 15. Twenty-seven years ago, Martin decided he wanted to work on cars.

Although he still enjoys playing the drums, he now makes time for martial arts lessons and studying to become a Master Technician. You probably didn't know: "I want to own my own shop one day."